the good, the bad, the ugly

did you want casey affleck to win the golden globe?"
"no"

"do you want casey affleck to win the academy award?"
"um... hopefully not."

"you know what i find crazy, mate? nate parker. he directed and starred in this beautiful film, i've seen birth of a nation. it has some spectacular acting in it - aja naomi king, for example, and all the traction for it - gone. why? what nate parker did. hollywood, the press, he's blacklisted. it's some straight mccarthyism. is it right? look, mate, a jury let him off, but should the public? no. women, we're made to fear every day, our protections are being taken from us and with this new administration, men like nate parker; men like casey affleck, they're only going to get emboldened. all of hollywood stood up and clapped for casey at the golden globes and i just stood there, looking out thinking 'really, really'? because all of us, we get up on stage and we condemn trump, we shout about pence, we demand equal wages, we pretend like we are this liberal group who gives a fuck, but you see all these women, all these men standing up for this white man who is accused of sexual assault and abuse. but it's all right because, you know, he's white, and rich, and his brother is as famous as him and we can't upset the status quo. everyone who clapped should be ashamed of themselves."

minna marks, ladies and gentlemen. and you wonder why i'm a stan.

I'm not going to even pretend you were not:

But I will say, privately, well done. Publicly, what a way to kick of 2017: a major gaffe, a huge faux pas, and behaving charmingly gauche to all of your peers.

But you wouldn't be Minna if you weren't lurching from public relations disasters. I need to renegotiate my rates.

Let's take a moment to analyze the last few days:

1. You openly insulted half of Hollywood
2. You implied Hollywood is both racist and misogynist
3. You sufficiently destroyed any chance of ever working with Amazon
4. Michelle's people were on the phone wondering if you meant to imply she is condoning his actions through working with him
5. Casey's people were on the phone threatening to take this further - as in, asking me to consider if this was defamation
6. You involved yourself in the political conversation as a non-American
7. The Academy, Foreign Press AND BAFTAs are mad (understatement)

As you can imagine, I'm the most popular person to call in the valley.

Min, I appreciate how you speak your mind, but you have no reason to be speaking about this. You are presenting, not up for any awards. You were drafted to look nice, not pass judgment on winners.

I cannot be mad at you because I agree with everything you said as a person, but as your PR person, this is a nightmare. Ted's left a ten minute voicemail screaming about your behavior and he's already been on to A24 to have a word about you trying to sabotage their frontrunner. Rachel and I are both involved with this, but with your relationship with Francis already very fragile - Margot's asked us to review the pre-nuptial agreement. Which I believe isn't a shock to you?

Thankfully, the media isn't reporting on this too much since it was just an interview after an after-party and - Bezos and his team are ensuring it is buried, but could we have made it through the first month of 2017 without an incident threatening to sink your entire career? I cannot imagine what is being said about you behind the scenes. You are not Jennifer Lawrence. You do not have the ability to say these things without consequences, Minna. If you don't believe most people think this, but are putting on a smile for the sake of propriety...

Anyway, I've had a lot of phone calls and it seems to be quieting down. The Academy isn't sure if they can have you present. Casey's people want a public apology. We're in a bind because you don't have anything to promote, so putting you on Kimmel or Fallon would be very clear with its intention. I've got them to sit back on the provision you compliment his performance at the Academy Awards. This is non-negotiable, Minna. You don't have to hug him. You don't have to like the guy, but you have to play nice with Hollywood.

Thank God the zeitgest is with you right now otherwise this email would be very different.

No fucking way am I saying a lick of positivity about that shit. Sorry, Christine. I'd rather go the Kristen Stewart way of shitty indie films for a few years.

P.S. Don't ever compare me to Jennifer Lawrence again, I got hives. You know her people are bulling because they didn't have her say something. If she had it'd be all charmingly irreverent and awe-inspiring.

As for my husband, yeah. Look, tell Margot to fuck off. I don't want anything, but asking for a private separation for the next few months so "his reputation doesn't suffer more" is an actual joke. I'd think she was having a laugh if I hadn't had to deal with her. No way. If Francis wants a divorce, he can have it, but here are my requests: (1) I want $1mil donated anonymously to Planned Parenthood. (2) I want $1mil donated anonymously to Equality Now. (3) I want $1mil donated anonymously to National Domestic Violence Hotline. (4) I want an extra $1mil added to my payout for each month we have to keep this charade up. (5) I want the same amount of my payout donated to RAINN in both our names. I am sure for Francis the ten or so million that is is a drop in the sea to his "reputation".

Consider it your finest role, Minna. You're doing it.

We'd otherwise lose some of your projects in the pipeline. You are also personally calling Hope, Bezos and Affleck later this afternoon to apologize, grovel, and prostrate yourself.

That said, Netflix gave me a call and are overjoyed you've angered Amazon so much. Win some, lose some. Christine and I have had a chat about the divorce narrative (but not your demands yet) and we're going to play it by how Margot and Rachel decide to do it. If they can keep the press amicable, so will we, otherwise we both agree we tie it back to his "persona". We don't make you a victim, but instead make you strong in leaving.

Let me make it clear, though: you are categorically not to do anything that could imply you are having an affair.

sent from my iPhone

buckbarnessss asked:
what do you think about minna marks' comments last night at the baftas?

so, this pretty much sums it up:

minna has a history of not understanding intersectionality. she comes from a very privileged background, which she fails to address in her comments. she also only addresses two white women who have been assaulted, instead of making a point about the abuse, both emotional and physical, of women of colour in hollywood. i think it shows as well that a white reporter would ask a white woman her opinion on this and minna would feel she could talk about nate parker over someone like yoli bennett or viola davis.

when you break apart her comments, you can see she thinks she is being a feminist, but as per it's the sort of "white savior complex" as aja naomi king doesn't need minna marks to say her performance was good, she doesn't mention anything about woc in this conversation and it's the whole "all women" argument without having any sense around how much internal privilege she has. people like her, bea fitzallan, keira knightley, jennifer lawrence, they can go on about equal wages, but it's just for them. i don't see them standing up for the lack of women of colour in the media. 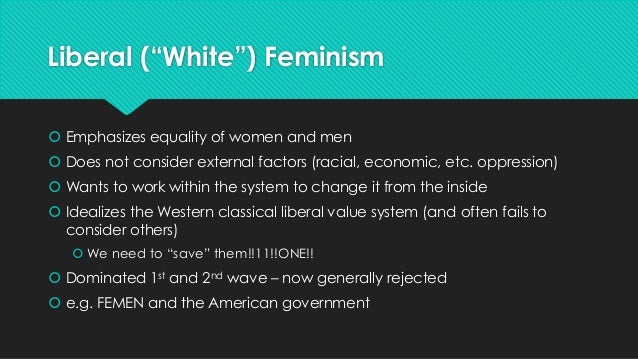 Voicemail left for Minna's husband
(13 February 2016)
Hi. I've had Oliver send over the agreement for review. I appreciate your concern for your reputation, but I have mine, too. This isn't just about you, Francis, so please stop acting like it is. I understand why you want to separate and I'm not going to argue with you any further. If it is what you want, I of course respect that. [HESITATES] I loved -- love you. It isn't easy. This is really difficult for me. I just want to make sure we both come out of this relatively unscathed. I guess everyone was right, though, only fools rush in? I'll be back in Los Angeles shortly. I'm not sure what dress I'm wearing for the Oscars, but I'll have Penny send through the shots so you can match as appropriate. Take care, speak soon.
READ THIS NOW

How am I supposed to mount an award campaign for Mary Magdalene? Do you realize how your comments reflect on people who work with you, what you could have done to Lion? You are a fucking child sometimes.

"my peers justify it as 'well, he wasn't convicted', but yeah, nate parker, his was turned over, too. casey's never went to court because white man, money, power; but no one is talking about that, we just forget the accusations made because he played melancholy so well. tonight, i was sitting down and watched the standing ovation and realised every single person who got up there and said 'we're having a bit of a time in the world' and rightfully condemned the behaviour of the populist movements, they're a bunch of hypocrites. i guess his beard is so good it's all right he can treat women deplorably, because attractive men, they can grab women by the pussy. it's when it's an orange asshole people stand up and wave their arms and say 'no, no'. so, yeah, i'm pissed off. it's the men in the audience, in hollywood, in the foreign press, in the academy who need to say 'this isn't on'. what's the difference between casey and nate? nothing. they're both abusers."

have you ever listened to a man gush about how he loves his woman?

have you ever listened to a man cry over breaking someone's heart?

have you ever listened to a man talk about his daughter?

have you ever listened to a man??

men condemn all sorts of shit. men stand up against all sorts of things. when a man stands in alliance with feminism, he is told he is a monster and that he can't talk or be part of the conversation. it's not woke to be silent and subservient, why men gotta be that now? men should be part of the conversation, but all "feminists" want to do is make men second class when they have the ability to help. we just shut men out, which makes misogynists.

Appreciate the phone call, but it isn't enough. You openly attacked the star of our film and that damages the properties we have. You have made negative comments about directors we choose to work with such as Woody Allen and David O'Russell. Unacceptable from someone who works in the industry. It shows your character.

Consider this a severing of any working relationship with us. I'd also like you to be aware that we will have to consider whether we can work with any of Stephanie's other clients or anyone who chooses to maintain a relationship with you.

Pleased to hear Francis has come to his senses.